The City of Pensacola is one of the oldest cities in the state of Florida with a history of urban settlement dating back 300 years. In this coastal community tropical storms and hurricanes have reminded residents of the critical need to manage large volumes of runoff generated in short time periods by subtropical weather systems.

After the 2014 flood, there was an emergency concern about gully erosion threatening to destroy one home and causing slope instability that would have affected the adjacent homes in the Baywoods neighborhood.

The City of Pensacola decided to do something about this increasing concern. Located a quarter mile east-northeast of Spanish trail road and Creighton in Baywoods neighborhood this project instituted erosion mitigation work that minimizes property owners exposure to hazardous conditions posed by slope failures that were caused by the 2014 storm event. The total cost of this project is 1.8 million dollars.

Crews installed rock riprap to prevent further erosion it also reduced the volume of sediment that flows into Escambia Bay thereby providing a long-term improvement to water quality in the shoreline habitat.

City residents have made it known that enhancing stormwater infrastructure is a top priority for them.

Urbanization has put substantial pressure on both the natural and man-made hydrological systems to accommodate increasing amounts of runoff carrying ever more complex pollutants. The City has Pensacola has moved on several fronts within several years to address stormwater impacts. We have made this a high priority and will continue to do so. 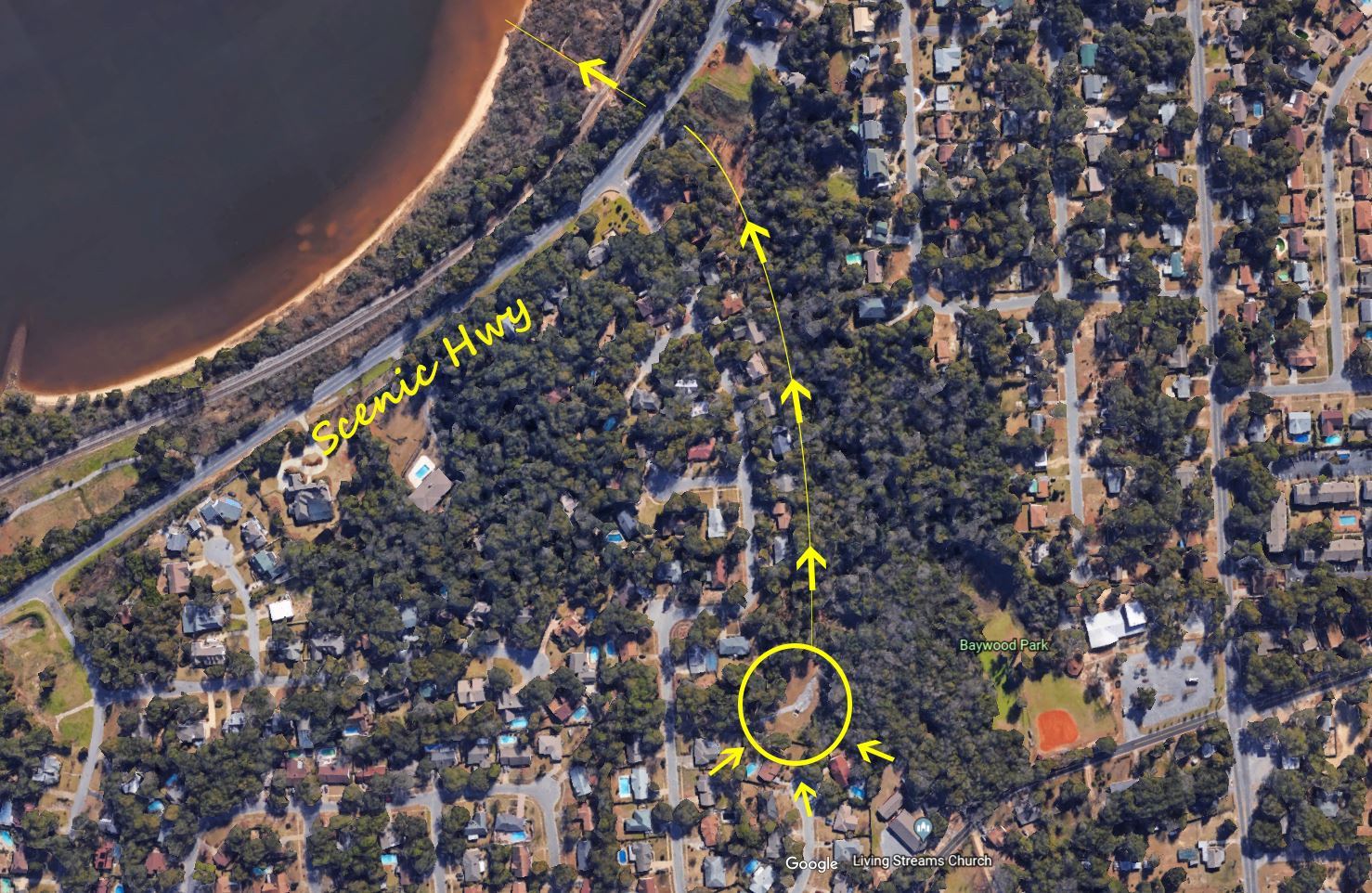 The U.S. Department of Agriculture (USDA) awarded the City an Emergency Watershed Protection Program grant to complete work in addition to the $1,179,000 that the USDA awarded the previously to repair damage and improve erosion control measures in Carpenter Creek and Baywoods Gully.