Awards include the 2008 Florida House of Representatives, “Unsung Hero”; 2009 NWF “Social Worker of the Year”; the Department of Children and Families Award in 2010 National Association of Social Workers “Dedicated and Deserving Social Worker” in 2011; FSU School of Social Work Field Educator of the Year in 2012; United Way’s-Color a Brighter World Award, 2013; the Sandra Robinson Award from the Rotary Club of Pensacola in 2014; the Chief Judge Award of Service, 1st Judicial Circuit in 2015 and the Studer Community Institute Small Business Entrepreneur of the Year 2016, UWF and Combined Rotary’s Ethics in Business award, 2017 and the Community Leader of the Year PACE Award, Pensacola Chamber of Commerce, 2018.

Connie is married to Alan Bookman and they share two daughters, two sons and five granddaughters. 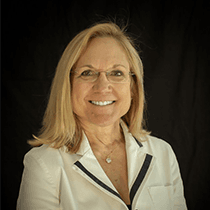