Since she started as a radio announcer at the age of 15, Sena has had many different roles in the media as an on-air personality, advertising copywriter, radio and television producer, journalist and magazine editor.

Coming to Pensacola in 2007, she held the position of Executive Producer at News Radio 1620 from when the station went on air until she joined the Sheriff David Morgan’s staff when he took office in January 2009.

At the Escambia County Sheriff’s Office, Sena served as the as a Public Relations Coordinator and Protocol Officer for four years and then took on the role of Public Information Officer in 2013. For her service, she was awarded the ECSO Medal of Commendation for her work with the media during the 2009 Billings Double Homicide Investigation as well as a Medal of Meritorious Service for media and community relations.

In 2015, she joined the staff of FloridaWest Economic Development Alliance as the Director of Communications and Marketing.

Sena earned a master’s degree in Education from the University of South Alabama in 1996, and she taught three years in the Mobile County Public School System.  She is also a graduate of the Protocol School of Washington.

Sena serves on the executive board of FavorHouse and was a member of the Leadership Pensacola Class of 2010. LinkedIn profile. 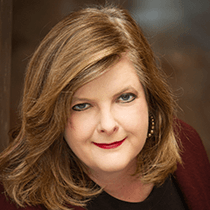